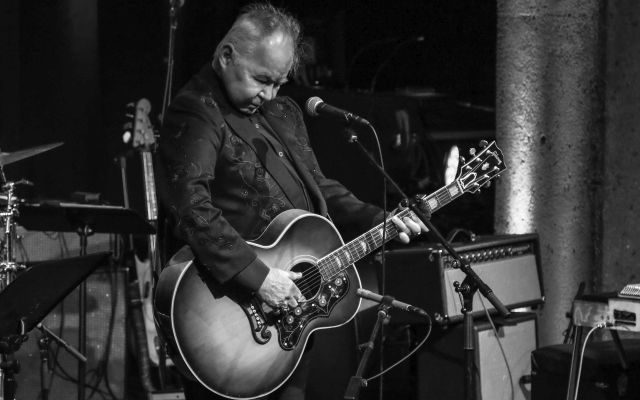 Bonnie Raitt and John Prine sing a John Prine song, Angel From Montgomery.  Click to listen while you read the article.

NASHVILLE, Tenn. – Grammy Award winning, Songwriters Hall of Fame Member John Prine passed away at age 73 due to Covid-19. Some of his most legendary hits include, “Hello in There,” “Sam Stone,” “Angel From Montgomery” and “Paradise.” Prine used these masterpieces to highlight moments that the average mind grazed over with empathetic words and light-hearted lines. Writing for big industry names such as Johnny Cash, George Strait, Don Williams, the Everly Brothers, Carl Perkins and Bette Midler, all while being a singer, author, actor and record label owner, leaves Prine with one of the most renowned legacies in music history. Prine was not only a poetic prodigy, but a friend to many in the music and entertainment industry.

Fellow artists mourn the loss of their friend and share fond memories that have left them forever inspired by the timeless, John Prine.

“I have enjoyed John’s music for many years. He was a truly gifted man and he will be missed. My prayers go out to his family.” – Charley Pride

“All of The Oak Ridge Boys are saddened by the loss of John Prine. The man was a genius songwriter! I have been listening to his music and praying for him since he got sick and to be honest I didn’t really know John personally but my heart is heavy nonetheless.” – Joe Bonsall / Oak Ridge Boys

“Nashville has lost another legendary artist. John Prine will always be remembered for his great music. I will always remember John’s wonderful smile and how nice and caring he was. Sending lots of love to his family.” – Crystal Gayle

“So sad to see another great music legend leave us. My family sends prayers to John Prine’s family.” – Lee Greenwood

“John was a sweet genius who always had time for conversation with me and as a songwriter, he was untouchable.” – T. Graham Brown

“After having the honor of seeing John Prine on a few occasions, it was no secret how much he is loved and admired. I last saw him at the Marty Stuart Late Night Jam, and was fortunate to have a front row seat. I captured many great photos, and will cherish the photos as a wonderful memory of witnessing one of the greatest songwriters to walk God’s Earth.” – Rhonda Vincent

“I really feel like we’ve lost one of our generation’s great champions for living outside the senses.” – Lacy J. Dalton

“John Prine was a treasure! He inspired every singer/songwriter who has ever lived. He has survived several health challenges and I was praying that he would survive this. There was only one John Prine. Everyone looked up to him and he will be missed by not only Nashville, but around the world. We love you, John.” – Deborah Allen

“I used to sing his song “Paradise” about Muhlenburg county during my shows in clubs. It was written about how the coal mines stripped away the vegetation and trees. He also wrote “Angel From Montgomery,” which was a hit by Bonnie Raitt. This is the kind of music that I have always loved. It was a touch of blues and a touch of pop. I have always loved his music and style. He was a leader in the “awareness” songs and was a huge influence in my life and my approach to music. You will be missed, John.” – Janie Fricke

“I first met John Prine in the 70’s backstage at the Grand Ole Opry. He was perhaps one of the nicest guys I’ve ever had the honor to meet. No star attitude whatsoever. He was just an average guy who loved words. And he became one of the greatest wordsmiths of our time. His lyrics are pure poetry. He never worried about making his songs commercial. He wrote from the heart and the gut. Ironically I was in the studio last month and recorded one of his songs that I’ve loved for years called “Blue Umbrella.” John would say in three minutes what an author would say in 256 pages. What a talent!” – Tim Atwood

“So sad to hear the passing of the legendary John Prine. One of the most influential songwriters of our time gone way too soon! His music will live on forever.” – J.D. Shelburne

“John Prine was one of the most beloved and well-versed songwriters in the business, and his passing is a huge loss to songwriters and fans alike. The mark he made on the americana/folk/country music industry was remarkable – one that no one else could ever dream of accomplishing. His songwriting will be deeply missed, but even more than that is his infectious smile and sweet spirit. My thoughts and prayers go out to all of John’s family and friends, as well as all the fans he has made over the years. There will truly never be another John Prine.” – Paige King Johnson

Icons of Country
CONNECT WITH US LISTEN TO US ON