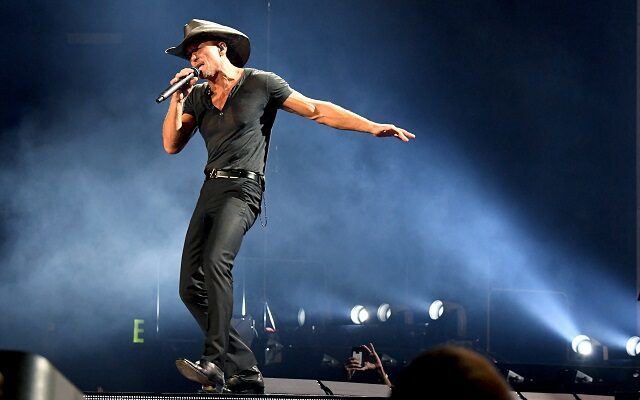 Tim McGraw caused a scary moment for fans at his concert in Tempe, Arizona over the weekend.

The 55-year-old singer stumbled backwards on the stage during a musical break, but was able to slow the fall and be helped by stage security and eager fans as shown in this TikTok clip. McGraw was just fine and able to finish out the concert without injuries.

Have you ever seen an artist mishap at a show? Let us know.